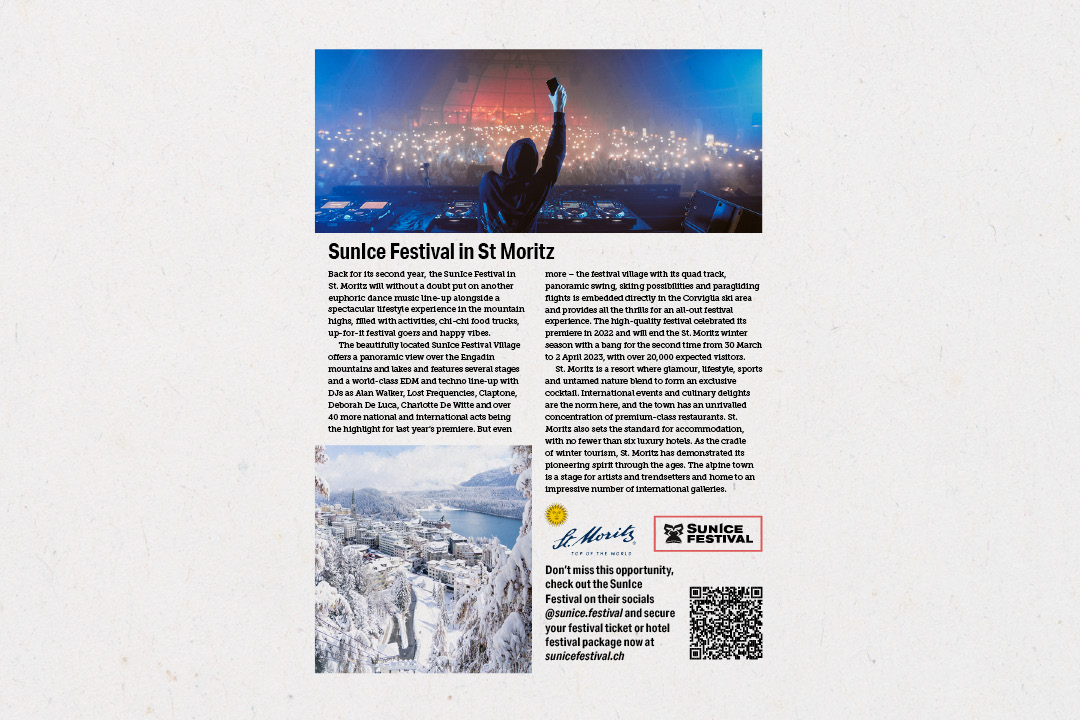 SunIce Festival is featured in 1,400,000 circulations of the Saturday Times as well as the Sunday Times – the two largest magazines in the UK.

What a way to kick off the 2023 SunIce Festival season! Together with Engadin St. Moritz Tourism we were able to present St. Moritz and the SunIce Festival together in almost 1.5 million issues. An unbelievable and above all still international reach which knows no national borders.

But why Great Britain of all countries?

Guests from Great Britain are still an important target group for the St. Moritz brand. In order to generate even more reach, we decided to book two slots in the two larger magazines and to publish them with exciting content about St. Moritz and its winter offerings. "As a new and exciting Diamond Event, the SunIce Festival was chosen as the core topic in order to attract a new, mostly young audience from Great Britain to the Upper Engadine and to extend the season," Marijana Jakic, Brand Manager of St. Moritz, was quoted saying.

We are enormously pleased to be able to present such an exciting topic for St. Moritz and are still speechless as far as this  international publication is concerned! 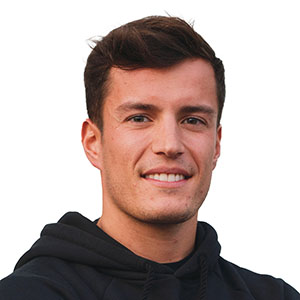 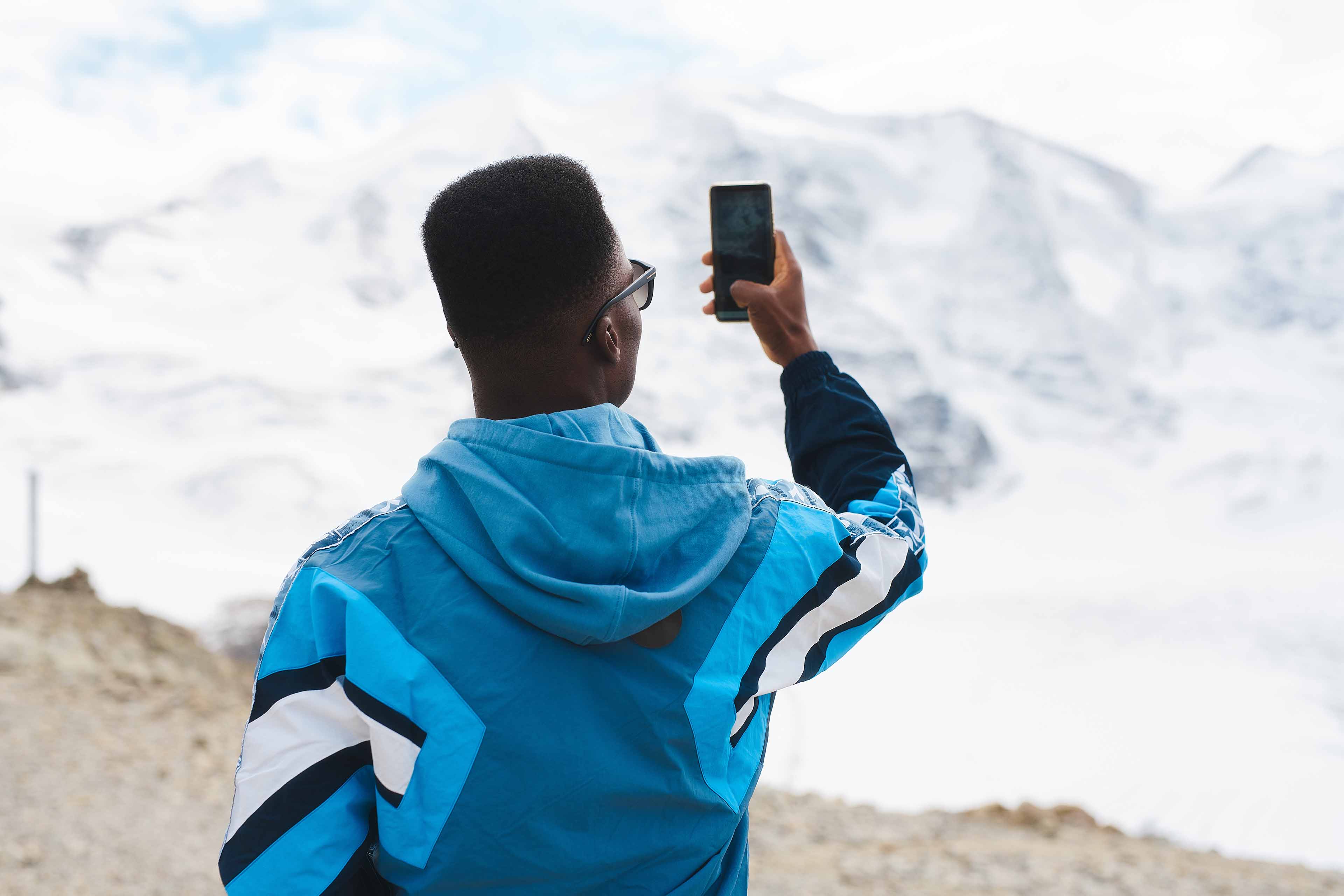